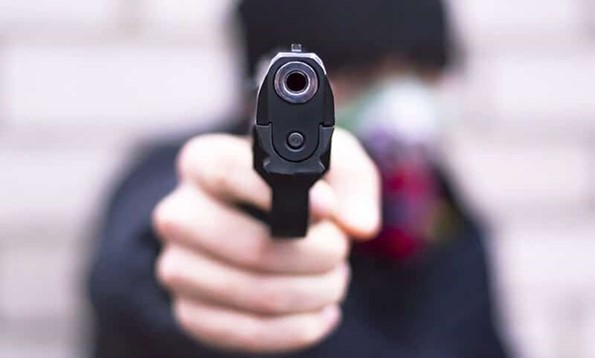 How lethal force is considered in courts?

The news reports of events from across the US are laced with incidents of mob violence (the US Capital), gang violence and against businesses (Seattle, Minneapolis, et al), and violence against homeowners (St. Louis, Los Angeles, et al). The reports of violence are now so common they no longer garner enough attention to warrant headline reporting and are more frequently go unprosecuted.

Rather, attempts by property owners to deter violence by brandishing firearms are met with prosecution. In many jurisdictions, firearms and the threat of lethal force risk imprisonment and financial ruin to property owners. How, then, does a property owner, business owner, homeowner protect his property from a street gang or other criminal element intent on theft or violence without the defense of a gun?

To begin with, there are circumstances when lethal force is justified. Nonetheless, the burden of proof regarding such circumstances always fall on defender. Let us consider some basics.

Note: The following is NOT LEGAL ADVICE. Consult your attorney before you purchase a firearm for personal or property protection.

Before lethal force may be employed, specific criteria must be met. These criteria are:

Again, consult your attorney regarding specific conditions for the justifiable use of lethal force.

A defender, before using lethal force, must know his attacker possesses the ability—the physical, practical—to cause the defender harm. Common sense applies here, as does context. A gun gives an attacker lethal ability; a knife gives ability to inflict serious or lethal harm. Most weapons qualify including but not limitedto glass bottles, baseball bats, zip ties, and screwdrivers. While the latter are not designed as weapons, if they are so applied then they can certainly kill a defender like any gun.

Other “ability” considerations include disparity in size or physical power between the defender and theattacker—a large man versus a small woman, a strong man versus a person in a wheelchair, a trained fighter versus a nerd, any of these and more can apply. Of course, anyone can attack another person, with or without cause.

In short, common sense is a guide on this point but it is not proof. The central question is whether, as far as defender knows, the attacker has the ability to harm defender.

The second criterion is opportunity. Although opportunity can be viewed as a subset of ability, it is an equally important. While an attacker may well have the ability to cause physical harm, it means nothing unless he also has the opportunity to do so—in the moment. Anyone can kill another person, and some do. However, a defender seldom knows who is standing in front of him at given moment.

The biggest consideration is proximity. Although a man with a gun is considered dangerous at any reasonable distance, a man with a knife standing 300 feet away is not, simply because he cannot stab you from that far away. However, if he were standing mere yards away, he likely couldn’t reach you with his knife, but because it the distance could be closed with a few steps, the knife-bearer would still be considered dangerous. A common police standard is to assume that a knife-wielding assailant is capable of covering 21 feet and striking with the blade in 1.5 seconds. Surprise is the preferred tactic of any attacker.

To be sure, other considerations may apply when it comes to opportunity. For instance, is a knife-wielding assailant behind a locked door a threat? What if he is inside school building during school hours? Therefore, if you were to shoot him through the door, that would not be justifiable. What if he attempts to break through a locked door? What if he has cohort who with what looks-like pipe bombs? What if you shoot them both and you subsequently discover the pipe bombs are simply plumbing supplies?

This takes us to the next criterion, fear of imminent death: The most subjective factor of the piece is the fear-of-death (FOD) requirement. This criterion requires that a “reasonable and prudent” person would believe himself to be in immediate danger.

In other words, FOD or real jeopardy is what distinguishes between a potentially dangerous situation and one that is actually dangerous. Hundreds of times every day, you walk by people who could punch, or stab, or shoot you. The reason you aren’t “defending” yourself against any of them is because you have no reason to think that they are actually about to attack you. After all, why would they? Why would you think would do so? By contrast, if someone screams a threat and points a gun at you, any sane person would expectthat behavior to indicate an intent to cause you harm.

At this point it is important to emphasize that in most circumstances that you cannot actually know anotherperson’s intent until after the other person acts. Judging another person by his outward appearance and demeanor is questionable, at best. In the aforementioned case, the danger is apparent. If you do nothing and it turns out that he was joking, or lying, or the gun was fake, or he could not actually have pulled the trigger (defective weapon), what changes? How could you have known those things?

The other important qualifier to remember is that the FOD must be  or in-the-moment. A general threat to your well-being in the distant future is meaningless, but “I’m going kill you right now!” is meaningful.

Finally, it’s essential to understand that the “immediate FOD” condition can dissipate in an instant. FOD can cease suddenly and unexpectedly if your attacker surrenders or clearly ceases (for any reason) to be a threat (if you knock him unconscious, for instance, or he tries to run), and continuing to use force in such situations can change your status from legal self-defense to illegal assault in moments.

Last resort, or “preclusion” as it is referred in the law,is not so much an individual consideration as it is an all-encompassing lens through which to view your actions. More complex than the other criteria, it is nevertheless just as important. It is the idea that, whatever the situation, you are expected to use lethal force only as a last resort—that is, only when the circumstances preclude all other options.

In other words, even when the ability, opportunity, and FOD criteria are satisfied, and knowing that you must clearly do something or else lose your life, the use of lethal force may be your option.

In using force, even lethal force, at no time does the law ever require you to choose an action that endangers yourself. If you can run away or retreat, you should, but if doing so would put you in harm’s way, you are not required to do so.

Preclusion is the factor that is missing in most self-defense arguments, and thus the reason most fail. You must remember that you bear the burden of proof; until you prove otherwise, the law merely sees two equal citizens in a dispute. You can say, “He tried to hit me,” but then the police and the courts will ask, “Why didn’t you _____?” You must have no options to offer to fill in that blank—there must have been no other courses of action you could have taken to maintain your safety except the use of lethal force. Otherwise, you’re just shooting because you want to, and that’s a crime.

If at any point you smudge the first, exceed the second, or forget the third, you are running the risk of a criminal indictment—and if the results are glaring (e.g., you killed him), conviction nearly certain.

Perhaps it is time to consider a non-lethal force option?