The History of Security Systems in the United States 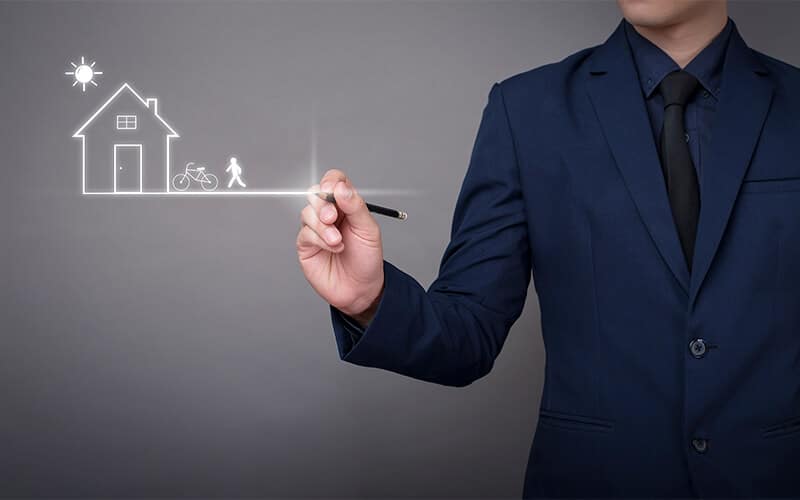 The desire for personal safety and security has been with us since the days of the earliest humans. Many millennia ago, people would rig branches and rocks and other natural features to alert them when someone unexpected was coming. Humans then began to develop rudimentary weapons, like slingshots and bows and arrows, for personal security.

When you ask about who invested in the first home security system, you could look to castles that included moats and other safety features. However, the history of alarm and security systems as we know them today mainly takes place in the United States. Here’s a look at the evolution of security here in America.

The history of home security systems starts when humankind constructed their first homes, although they were very different than the security systems we enjoy today. People have an instinct to want to keep their homes, families, and possessions safe. We may have developed this instinct due to a history of wars or out of an innate responsibility to protect one another. This instinct opened the door to the development of both simple and complex means of protecting our homes since the dawn of humanity.

In ancient history, people used fire and night watches to protect themselves from enemies and wild animals. These early societies lacked the luxury of installing security systems, so they had to put in the time and effort to keep their people safe. People would often use the landscape to their advantage, setting up their villages with natural barriers and landmarks for protection against their enemies.

Security systems have taken many forms, even before the discovery of electricity and its incorporation into modern technology. As technology developed, humans began using architecture and design for security purposes. Rulers and monarchs incorporated drawbridges, moats, castle walls, and small openings for archers to protect themselves from intruders and enemy powers. Personal weapons allowed people to use offensive measures to defend themselves.

Throughout history, humans have relied on animals and pets to alert them of intruders. Guard dogs are the classic form of animal security systems. People have trained dogs for generations to alert their masters of intruders and even pursue and attack intruders to scare them away. Animals continue to be a way people protect their homes and property to this day.

The mirror’s angle allows someone inside the house to view whoever is at their front door without them realizing it. Benjamin Franklin stated that he used his security mirror to know when to slip out the back door when his mother-in-law came knocking. Apparently, sneaking away from an unwanted guest is one reason to install a personal home security system!

A mirror isn’t a very fancy method of home security, but it shows that home security can be simple and still be effective. From those humble beginnings in the 1700s, home security in the United States advanced rapidly during the 19th and 20th centuries. Even though the technology was in its early stages, it influenced the modern security systems we use in our houses and businesses. Without these inventions, today’s security systems would look much different.

The history of security systems is closely tied to other important developments like electromagnets, batteries and the telegraph. As these new and advanced developments achieved wide distribution, inventors and hobbyists began to toy with new ways to create better home security. All it takes is a little ingenuity to combine existing ideas into something new. These early inventors may not have realized how influential their tinkerings would be for the development of security systems over the next decades and even centuries.

During the mid-1800s, an electrician from New Hampshire named Moses Farmer used an electromagnet to open and close a circuit at regular intervals, which would then ring a bell. Two others then used his development for home security. Augustus Pope, a Boston minister, used Farmer’s development to ring bells in response to intruders as part of his electric home security system. William Channing used the telegraph, a coding wheel, and Farmer’s bell-ringing technology to set up a citywide system for alerting local firehouses to nearby fires.

In the late 19th century, enterprising businessmen such as Edwin Holmes took Pope’s and Channing’s developments to a wider market, selling them outside of New England for the first time. Holmes felt that New York City was a ripe market for his security systems, and soon major retailers and homeowners alike were using his alert systems to scare away intruders in the night. As these developments met a broader market, others began to further innovate and build upon these early alarm systems.

Edward Callahan of Baltimore made a big advance in 1875, developing a system that allowed businesses and homes to summon a messenger by contacting a central location using a remote call box. With this advancement, the security system would alert both the people in the home as well as local law enforcement of the break-in. This was a popular service, allowing Callahan to sell his invention to investors who formed a new company called American District Telegraph – known today simply as ADT.

Security in the 20th Century

Security system innovation didn’t slow down in the 20th century. After World War I, people began to hire door shakers who would come around after dark to make sure homes were locked up. In the 1960s, Marie Van Brittan Brown, a nurse, developed the first video monitoring system and the first system that could open a door remotely. Despite the blurry image quality of those early security videos,  These advances augured what we think of today when it comes to home security.

The 1990s brought about one of the most influential advancements of all time: the internet. People had never experienced such a level of rapid data transfer and connectivity before then. Now, people could contact other individuals around the world as long as they had an internet connection. As more devices became internet-ready, people began using them to keep their homes safer in more discreet and convenient ways. The combination of video surveillance, remote locking, and the internet paved the way for today’s security systems.

In the United States today, we have access to nearly countless forms of home security to fit any need or lifestyle. You can be miles from home — even on the opposite side of the globe — and still, access your home’s safety features. Things like smart sensors and controllers give you unprecedented control over your home’s security.

Neutralizr can install different types of sensors to monitor your home. Sensors can track things like movement within your house, opening doors, someone shattering a window, smoke, carbon monoxide levels, and even your home’s temperature. These sensors connect to controllers that allow you to make adjustments to your home using your trusty smartphone. The sensors send updates to your phone via security system apps so you can know what’s going on in your house at all times. You can then influence what happens next with controllers.

With Neutralizr you can use your smartphone as a controller. With this technology, you can adjust your home’s temperature and access features that could scare away intruders and thieves. If you are away from home and your security app alerts you of someone trying to break in, you can remotely turn on lights in your home to make it seem like someone is awake and knows they’re there.

You can even lock your doors and close garage doors after your app tells you that you forgot to lock up when you left for work. Coming home to an open garage door and the worry that goes along with that can be things of the past.

Some modern security systems allow you to speak into your phone, letting whoever is at your door hear you. If you see an intruder, you can tell them that you’ve called the cops, and that might be enough to scare them away. On a lighter note, you can use this feature to thank your mailman for dropping off a package or say hi to a friend who’s stopping by.

At Neutralizr, we serve the United States with advanced security solutions for homes and businesses. When you want to protect your family, employees, belongings and more, we offer a range of products and services that deliver the peace of mind and protection you’re looking for. Contact us today for a free quote and to learn more about our unique security solution. We look forward to helping you protect all the people and things you care about.